Entering the Final Four...Weeks of the Season

In just less than four weeks, the official NCAA Tournament bracket will be unveiled, which means time is quickly running out for teams to make their move and solidify their spot in the Field of 68.

After another crazy weekend of hoops, two teams are back in the field after key victories. North Carolina State shoots right back into the picture, among the Last Four In, after their win at Louisville on Saturday. The Wolfpack already has strong computer numbers (49th in RPI, 36th in non-conference schedule ranking) and now they add a key victory away from home to a resume that included a home win over Duke and another home win over fellow bubble team Boise State.

Also moving in is UCLA. The Bruins essentially took Oregon's spot in the field after defeating the Ducks on Saturday. Like NC State, UCLA has strong computer numbers (39th in RPI, 48th in NC SOS), which as we know, is something the committee always enjoys seeing, aiding both of these teams despite having 21 losses combined. But with this bubble, it could be all the difference they need to play meaningful basketball in late-March. 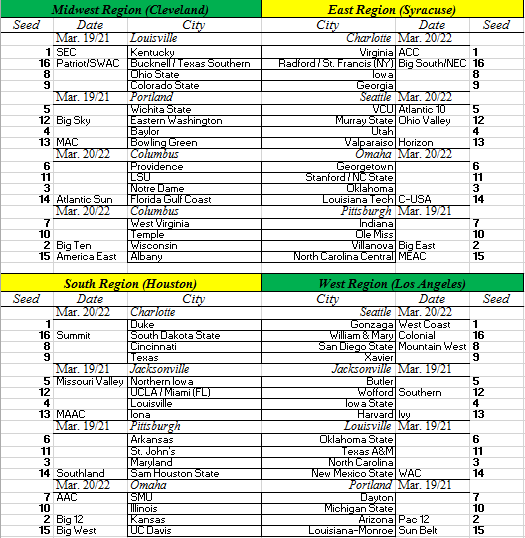