We finally made it to another Selection Sunday. Just hours separate us from finally seeing the field of 68. As we enter the final six games before the selection show, here's your next-to-last bracket of the season. 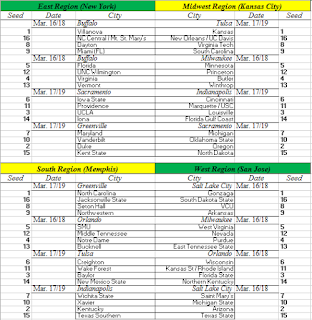 And here is today's championship schedule.

Selection Show starts at 6:00 on CBS so expect my final bracket around 5:30. Enjoy the games today.
Posted by Bill_Riccette at 5:04 AM