With the news that Louisville has self-imposed a postseason ban for this season, I have updated my bracket projections accordingly.

With the Cardinals dropping out, Clemson moves back in as the last team in the field, meaning the ACC neither loses nor gains a team in the projections. They stay at nine teams.

The last four in are now Seton Hall, George Washington, St. Mary's and Clemson. The first four out are now Vanderbilt, LSU, Wisconsin and Butler.

Here is the updated bracket. 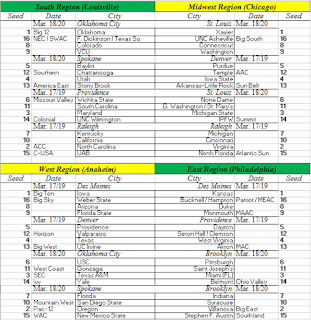